In 1973, the U.S. Supreme Court’s ruling in Roe v. Wade recognized that the decision whether to continue or end a pregnancy belongs to the individual, not the government. Roe held that the specific guarantee of “liberty” in the Fourteenth Amendment of the U.S. Constitution, which protects individual privacy, includes the right to abortion prior to fetal viability.

Since Roe, the Supreme Court has repeatedly reaffirmed that the Constitution protects for abortion as an essential liberty, which is tied to other liberty rights to make personal decisions about family, relationships, and bodily autonomy.

In June 2022, in a devastating decision that will reverberate for generations, the U.S. Supreme Court has abandoned its duty to protect fundamental rights and overturned Roe v. Wade, ruling there is no constitutional right to abortion. The ruling in Dobbs v. Jackson Women’s Health Organization abandons nearly 50 years of precedent and marks the first time in history that the Supreme Court has taken away a fundamental right.

The Court’s decision will likely lead to half of U.S. states immediately taking action to ban abortion outright, forcing people to travel hundreds and thousands of miles to access abortion care or to carry pregnancies against their will, a grave violation of their human rights. Read more on the Court’s ruling here.

In its 1973 decision Roe v. Wade, the Supreme Court recognized that the right to liberty in the Constitution, which protects personal privacy, includes the right to decide whether to continue a pregnancy. For the first time, Roe placed reproductive decision-making alongside other fundamental rights, such as freedom of speech and freedom of religion, by conferring it the highest degree of constitutional protection, known as “strict scrutiny.”

The Supreme Court required the state to justify any interference with the right to access abortion by showing that it had a “compelling interest,” and held that no interest was compelling enough to ban abortion before viability.  After the point of viability, the state could ban abortion or take other steps to promote its interest in protecting the fetus. Even after that point, however, abortion must be permitted to protect a patient’s life and health.

In recognizing the right to abortion, Roe was consistent with earlier Supreme Court rulings recognizing a right of privacy that protects intimate and personal decisions—including those affecting child-rearing, marriage, procreation, and the use of contraception—from governmental interference. By guaranteeing the right to make decisions in pregnancy, Roe was critical to advancing gender equality in educational, economic, and political spheres.

At the time Roe was decided in 1973, nearly all states banned abortion, except in certain limited circumstances. Criminal abortion bans contributed to the death of scores of people who were unable to access safe, legal abortion. Under Roe, these bans were unconstitutional, making abortion legal, more accessible, and safer for many pregnant people throughout the country.

While Roe’s legal implications were enormous, even Roe could not make access a reality for everyone, and low-income people, people of color, young people, and others continued to face obstacles to abortion care.

Holding: 7–2 decision invalidating a Texas law that prohibited abortions except when necessary to save the life of the mother. The Supreme Court recognized that the right to decide whether to continue a pregnancy comes within the constitutional protection that the liberty clause in the 14th Amendment affords to privacy.

Writing for the majority, Justice Blackmun described the right of personal privacy as fundamental, which meant that the most searching legal test would apply to restrictions.  He concluded that the right “is broad enough to encompass a woman’s decision whether or not to terminate her pregnancy.” At the same time, the Supreme Court rejected arguments that favored “personhood” for fetuses.

Justice Rehnquist expressed his “difficulty in concluding . . . that the right of ‘privacy’ [was] involved in this case,” and argued that the rational basis test “traditionally applied in the area of social and economic legislation” was the more appropriate standard.  Justice White argued for fetal personhood and accused the majority of an exercise of “raw judicial power.”

On January 22, 1973, the Supreme Court struck down Texas’s criminal ban on abortion and held that the right to abortion is a “fundamental right.”1 In the 7–2 opinion, the Court held that, along with decisions relating to marriage, contraception, education, and family relationships, the decision about whether to continue or end a pregnancy is fundamental to “personal liberty.”2 In doing so, the Court recognized the great “detriment that the State would impose upon the pregnant woman by denying this choice,” including the health and economic risks of being forced to continue a pregnancy.3

Roe had two key parts: First, the Court ruled that, before viability, it is a pregnant person’s decision—not the government’s—whether to continue a pregnancy. Accordingly, the government cannot ban abortion for any reason prior to viability.4

Second, Roe held that, as with other fundamental rights, restrictions on the right to abortion were subject to  the most stringent level of constitutional review, often called “strict scrutiny.” This legal standard required that infringements on the right be narrowly tailored to serve a compelling government interest.5 Applying a trimester framework, Roe permitted more regulation of abortion as pregnancy advanced but only when that regulation was evidence-based and consistent with how other similar medical procedures were treated; crucially, under Roe, the government was not permitted to put its thumb on the scale to pressure pregnant people about their decision whether to continue or end a pregnancy.6

Soon after, abortion opponents pressed state and federal lawmakers to enact a wide range of restrictive abortion laws attempting to reverse, directly or indirectly, Roe’s guarantee of reproductive freedom. Lawsuits against such restrictions multiplied, with some reaching the Supreme Court. A changing Court issued a series of decisions diluting Roe.

Since 1992, the Court has evaluated abortion regulations under an “undue burden” standard that permits states to restrict abortion as long as burdens on access are not too severe. In practice, courts have upheld a range of restrictions that make abortion more difficult to access, especially for people of color, people living on low incomes, young people, immigrants, and others with limited resources.

Read more analysis of Roe v. Wade by the Center for Reproductive Rights: 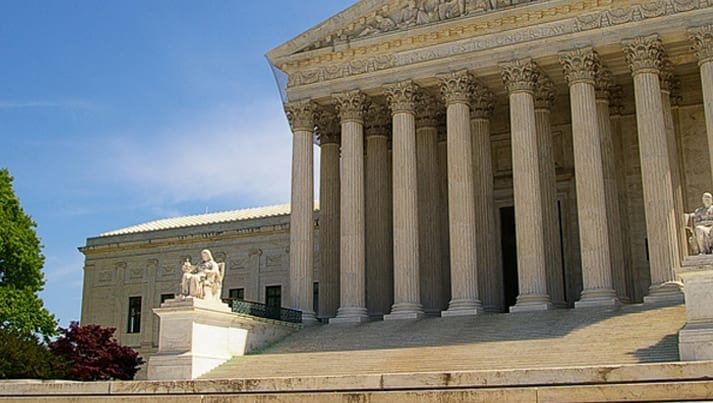 Roe binds together an entire class of personal freedoms, all part of the Constitution’s “liberty doctrine.” The overturning of Roe threatens the constitutional foundations for a range of other liberty rights. Click the image above to read more. Where is abortion now illegal in the U.S.? Find out with this interactive map and tool, which analyzes abortion laws, policies and court rulings in U.S. states and territories. Click the image above to access the tool. 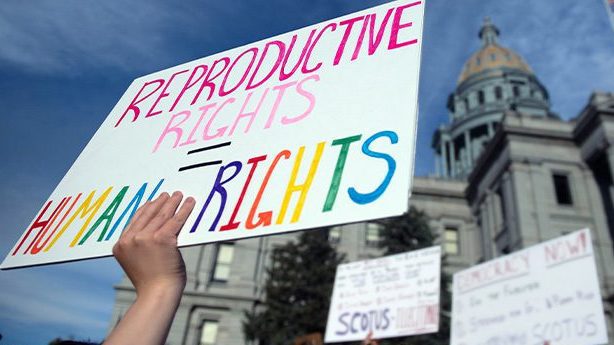 How constitutional rights and guarantees in U.S. law can help strengthen reproductive rights going forward. Click the image above to read more. 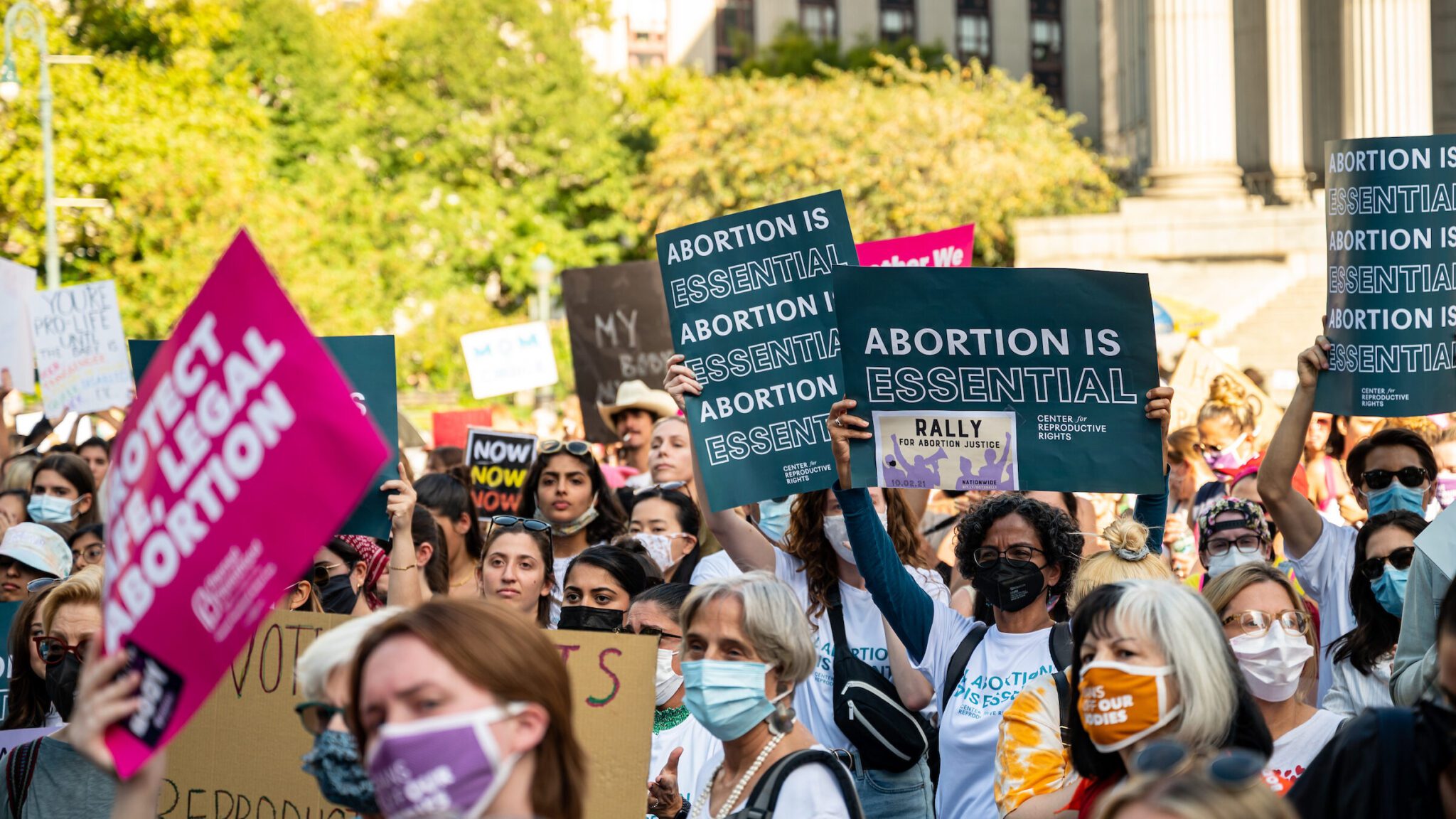 How cases in state supreme courts can offer stronger and expanded legal grounds for protecting abortion rights. Click the image above to read more.