(PRESS RELEASE) Kenya’s Ministry of Health is undermining women’s constitutional rights and contributing to cases of maternal death by denying countless women, including rape survivors, access to safe, legal abortion—even under circumstances permitted by the Kenyan constitution—according to a new petition filed today in the High Court of Kenya by the Center for Reproductive Rights.

Kenya’s 2010 constitution eased the country’s severe restrictions on abortion, legalizing safe abortion services when the life or health of a woman is in danger and in cases of emergency—a measure aimed at decreasing the country’s high rates of maternal mortality and morbidity resulting from unsafe abortion. Five years later, however, Kenyan women continue to be deprived of essential reproductive health services—including quality maternal health care and safe and legal abortion services. This is largely due to the Director of Medical Services’ arbitrary withdrawal of the government’s guidelines for reducing morbidity and mortality from unsafe abortion and a ban on safe abortion trainings for health care professionals, which has led to great confusion as to when legal abortions can be provided.

The Center for Reproductive Rights filed the case against the Attorney General, the Ministry of Health and the Director of Medical Services on behalf of The Federation of Women Lawyers (FIDA) Kenya, two community human rights mobilizers, an adolescent rape survivor suffering from kidney failure and other health complications due to an unsafe abortion and on behalf of all Kenyan women of reproductive age.

Said Evelyne Opondo, regional director for Africa at the Center for Reproductive Rights:

“The Kenyan government is allowing thousands of women in Kenya to needlessly die or suffer severe complications every year due to unsafe abortion, and it must be held accountable.

“The deaths and injuries of these women can be prevented and must be prevented. Medical professionals in Kenya must be trained and given clear standards and guidelines on providing women who qualify for services and need to end a pregnancy with safe, legal care.

“Denying a woman access to the critical health care she needs can lead to devastating consequences in her life, her family, her community, and Kenyan society as a whole.

“It is time for the Ministry of Health to take decisive action to protect the health, lives, families, and future of Kenyan women before more women are needlessly harmed by its policies.”

In the petition, the Center argues that the letter from the Director of Medical Services revoking the standards and guidelines for reducing morbidity and mortality from unsafe abortion and the Memo prohibiting safe abortion trainings for health care professionals violate a number of human rights for both women and health workers, including the rights to health, information, and the enjoyment of the benefits of scientific progress, among others. The petition also claims that although rape is one of the legal grounds for termination of pregnancy in Kenya per the Ministry of Health National Guidelines on the Management of Sexual Violence, rape survivors are still unable to access legal abortion services.

The Center is urging the High Court to protect women’s health and lives by restoring safe abortion trainings and calling on the Ministry of Health to introduce standards and guidelines that appropriately clarify when legal abortion can be provided based on the grounds set forth in the Constitution. The Center is also calling for both the Ministry of Health and the Director of Medical Services to adopt effective administrative measures so women and health professional are aware of the sexual violence guidelines and that survivors of sexual violence can access safe and legal abortion.

As part of implementing the 2010 constitution and its abortion provisions, the Ministry of Health spearheaded the development of the “Standards and Guidelines for reducing morbidity and mortality for unsafe abortion in Kenya,” adopted in September 2012. The Director of Medical Services arbitrarily withdrew the standards and guidelines on December 3, 2013 under unclear circumstances and without involving the stakeholders who participated in their development.

Unlike doctors who receive some instruction on safe abortion practices in medical school, other health professionals, such as nurses and clinical officers who often work in rural and low-income areas, rely on trainings led by medical associations and private institutions since the Ministry of Health has failed to offer such trainings. Given that nurses and clinical officers are the only medical professionals widely based in these areas, the removal of the standards and guidelines and ban on safe abortion trainings expose the women from these communities to severe complications, even death, due to unsafe abortions.

“The prevailing stigma around abortion and the lack of service delivery policies and guidelines from National Government have left health professionals afraid of attending to women asking for abortion services,” said Dr. Joachim Osur, a reproductive health specialist. “Most of these women are seeking care from quacks and face serious risks of damage to their health.”

One of the petitioners in this case is “PKM,” the legal guardian of a 15-year-old girl known as “JMM” who became pregnant after being raped and sought an unsafe abortion. In December 2014, PKM received a call from a relative JMM was staying with, informing her that JMM was vomiting and bleeding heavily at a local clinic where she was seeking treatment. After JMM admitted to clinic staff she obtained an unsafe abortion, she was sent to various hospitals for post-abortion care.

JMM was able to receive some care, but she now has chronic kidney disease and will have to receive dialysis regularly until she can get a kidney transplant. PKM and JMM cannot afford this continued care and local organization TICAH Kenya started a petition with AVAAZ to help JMM get the medical care she needs.

The Center for Reproductive Rights has worked for more than a decade across the continent of Africa to advance women’s access to reproductive health care through law and policy reform. The Center filed cases against Pumwani Maternity Hospital and Bungoma District Hospital for the ill-treatment of women seeking quality maternal health care. In 2007, the Center and the Federation of Women Lawyers-Kenya released the report Failure to Deliver: Violations of Women’s Human Rights in Kenyan Health Facilities, documenting how Kenya’s health care sector suffers from systemic and widespread problems that deny women quality reproductive health care. In 2010, the Center published the report In Harm’s Way, which documented the devastating effects of the criminalization of abortion in Kenya before the law was reformed, and demonstrated how the weaknesses in Kenya’s health care system are further exacerbated when it comes to a reproductive health that is perceived as illegal and highly stigmatized. 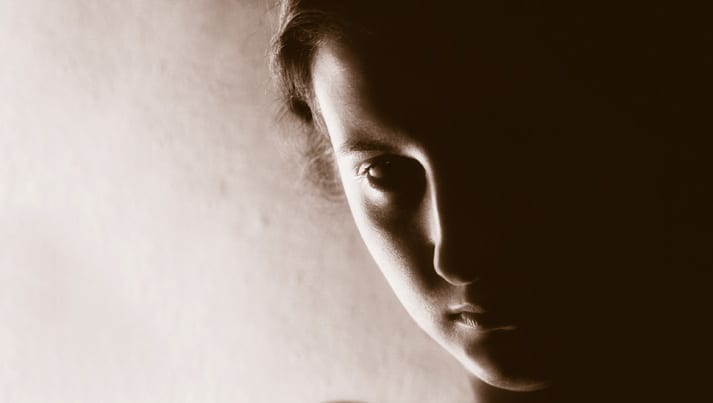