The Center for Reproductive Rights and its Colombia-based partners are awaiting a decision by the Constitutional Court of Colombia that could decriminalize abortion throughout the country. The ruling, expected in the coming weeks, will be in response to a 2020 lawsuit filed by the organizations of the Causa Justa (Just Cause) movement that aimed to eliminate abortion as a crime from the penal code and end the risk of criminal prosecution and imprisonment in Colombia.

If the lawsuit is successful, Colombia would become the first country in Latin America and Caribbean to remove abortion from its penal code, setting an important example of how to advance abortion access in the region. A ruling in the case could have a far-reaching impact on the exercise of sexual and reproductive health and rights in the country.

“This historic legal action before the Colombian Constitutional Court would remove the obstacles and stigmas that prevent women and girls from accessing the reproductive health care they need and would bring an end to the unjust prosecution of women and girls in Colombia,” said Catalina Martínez Coral, Senior Regional Director for Latin America and the Caribbean for the Center. “The decriminalization of abortion is a necessary advancement for women’s rights and an essential step toward the provision of abortion in safe conditions throughout Colombia.”

The Center’s Latin America and the Caribbean Program, based in Bogotá, Colombia, uses strategic litigation to hold governments accountable, secure equal access to justice, and obtain redress and reparation for sexual and reproductive health and rights (SRHR) violations and gender-based violence for women, girls and adolescents throughout the region.

Under the penal code of Colombia, abortion is a crime with extremely narrow exceptions that include risk to the health or life of the pregnant woman, severe fetal diagnosis, and in cases of rape and incest. Outside of the exceptions, first recognized by the Constitutional Court in 2006, women seeking care risk criminal prosecution and imprisonment. Women whose circumstances fall within the exceptions still face barriers to accessing abortion care in Colombia due to the stigma caused by the penal code.

The lawsuit, filed by the Center and its Colombia-based partners in the Causa Justa Movement, asks the Colombian Constitutional Court to eliminate abortion from the country’s penal code because it violates the fundamental rights to health, equality, and freedom of women and health care providers.

In addition to decriminalization, the suit also calls on the State to provide access to abortion care nationwide and to guarantee women’s full citizenship with respect to their freedom, autonomy, and self-determination over the decisions that impact their bodies and lives.

Causa Justa, or Just Cause, is a movement in Colombia fighting for reproductive autonomy of all women and is made up of more than 200 organizations, health care providers, academics, research centers, and activists working to protect women’s rights in Colombia.

Access to safe abortion is limited and unequal in Colombia, with the penal code and other barriers forcing some women to access care outside the health care system. Estimates show that as few as 1% of abortions in Colombia take place within the health system, a network that is concentrated in urban areas. Over the last 20 years, 97% of women prosecuted for abortion were from rural areas and 30% of the prosecutions involved women who were victims of sexual or gender-based violence.

“The data show that a framework of discrimination prevails in Colombia. Women living in rural areas and those who have experienced sexual violence are being prosecuted for accessing essential health care. With this lawsuit, all women in Colombia would have safe access to abortion care,” said Martínez Coral.

Colombia has some of the most restrictive abortion laws in the world. Prior to 2006, Colombia had a total ban on abortion with no exceptions. A 2006 Constitutional Court ruling, known as C-355, deemed the country’s blanket ban unconstitutional and ruled that abortion must be legal in limited circumstances. Though the ruling recognized a woman’s right to make decisions regarding her reproductive life, most abortion care continues to be criminalized in Colombia. 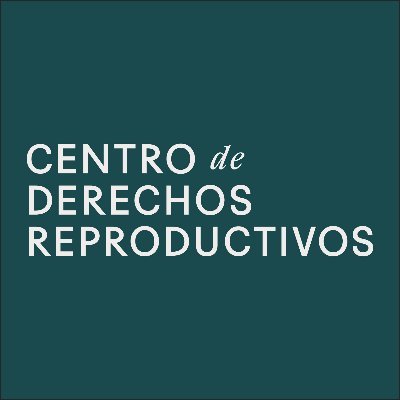 Landmark ruling in “Causa Justa” lawsuit will help remove barriers to abortion up to 24 weeks of gestation.