Engaging Policymakers, In the States (USA), In Washington D.C.

With this result, all five states that voted on abortion-related ballot initiatives voted in favor of abortion rights.

Yesterday, millions of people in the U.S. voted in elections that will shape U.S. sexual and reproductive health and rights policy in the wake of the U.S. Supreme Court’s devastating decision to overturn Roe v. Wade and eliminate the constitutional right to abortion.

While results are still being tabulated and the outcome in many races is not yet known, it’s clear that when people are given the chance to vote directly on the issue of abortion, they overwhelmingly want that right protected.

Media Coverage: Abortion on the Ballot

“This is a seismic win for abortion rights,” said Nancy Northup, President and CEO for the Center for Reproductive Rights, on the ballot initiative approvals in Michigan and Vermont.

“First in Kansas, and now in Michigan and Vermont, voters are rejecting the Supreme Court’s reversal of Roe and issuing a clarion call that they want their rights constitutionally protected. When people can vote directly on abortion in a non-partisan ballot initiative, abortion rights win. Until there is national legislation that protects abortion rights across the country, we will continue to work to ensure that state constitutions protect the right to abortion,” Northup said. As more election returns come in, Center policy, advocacy, and litigation experts are carefully monitoring the results to decode what the outcome means for the free exercise of reproductive rights in the U.S. For 30 years, the Center and its partners have been leading the effort to advance reproductive rights as fundamental human rights in U.S. law and policy.

Abortion Rights on the Ballot

Voters from five states directly weighed in on whether to protect or restrict abortion rights.

All 435 seats in the U.S. House of Representatives and five non-voting delegates representing Washington, D.C. and the U.S. territories were up for election in this cycle of voting. In addition, 35 U.S. Senate seats were also on the ballot. There were 36 gubernatorial races and seats in 88 state legislative chambers were on the ballot. Abortion is now illegal in 12 U.S. states. Find out the status in your state. link

Abortion is now illegal in 12 U.S. states. Find out the status in your state.

The incoming group of state and federal lawmakers will face an unprecedented policy challenge and public health crisis set off by the U.S. Supreme Court’s decision to remove federal protections and allow states to ban abortion.

In the four months since the decision, 12 states have made abortion illegal, a move that fully half the states in the U.S. could take in coming months. Such abortion bans are leading to forced pregnancies and causing harmful financial burdens for people who travel across state lines to access care.

The Court’s decision also pushed the U.S. outside the global trend towards liberalization of abortion laws. With the ruling, the U.S. is one of only four countries that have removed legal protections for abortion in the last two decades.

Restoring U.S. Abortion Rights: Where Do We Go from Here?

More than 70 million people are now living in U.S. states where abortion—a service that one in four women will access in their lifetime—is illegal. Research shows that being denied abortion care has serious and long-term impacts on women’s financial security—and that reproductive rights are directly related to economic security. 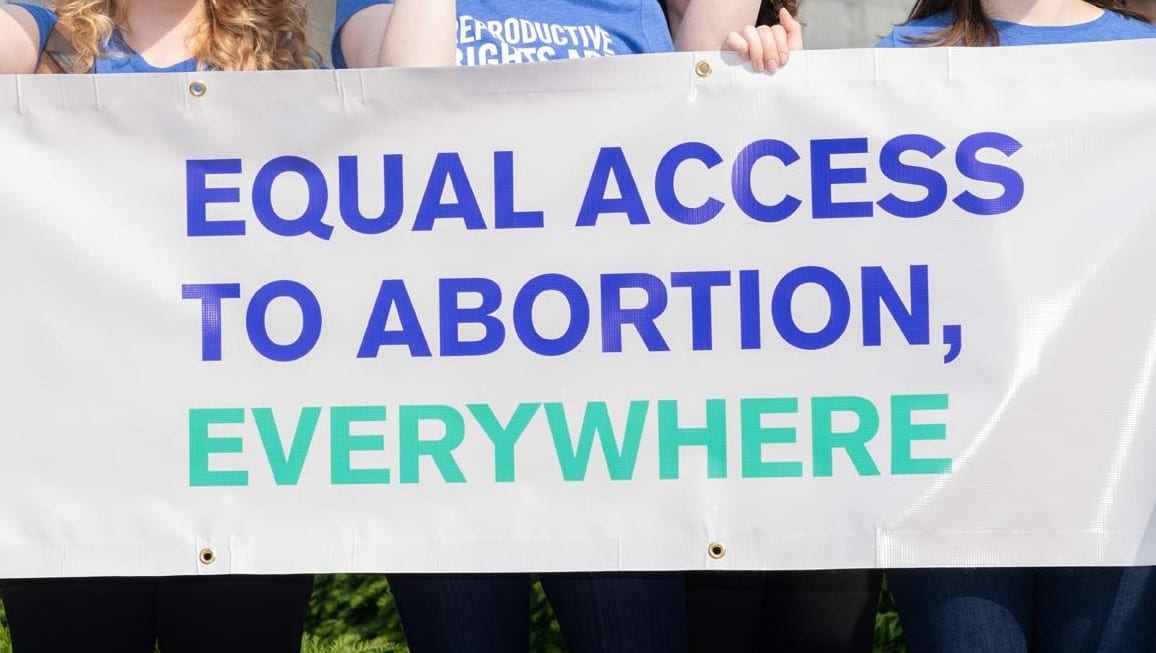 WHPA is federal legislation to protect the right to abortion across the country.

On the federal level, the Women’s Health Protection Act (WHPA), a bill in Congress, is needed urgently to protect abortion rights and access across the U.S. WHPA would protect abortion nationwide by creating a statutory right for health care providers to provide, and a corresponding right for patients to receive, abortion care.

The EACH Act, another bill in Congress, would repeal the Hyde Amendment and other abortion coverage restrictions, ensuring that anyone receiving care or insurance coverage from the federal government would have abortion coverage.

The Center and our partners will employ every legal lever to restore abortion rights in the U.S.